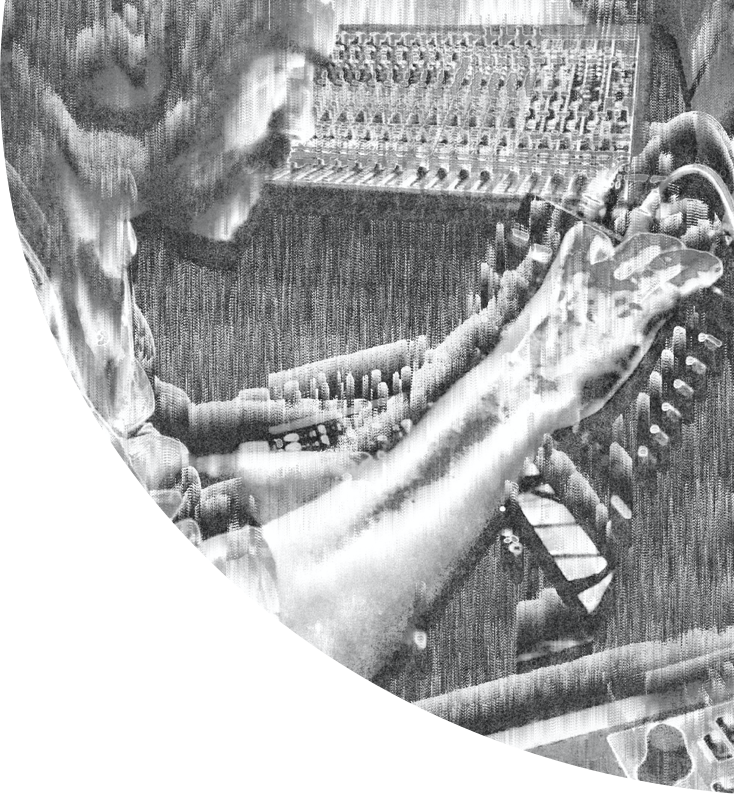 Ok..I'm really enjoying this edition of Caligears’ new record The Doradus System EP1!  Does this mean there will be an EP2?

Thanks, that's good to hear. I appreciate your ear. Yes, there will be an EP2. I have 7 EPs for The Doradus System series planned. Each ep will have around 3-5 songs. Most are already recorded, edited, etc... just working on track selection and mastering. Every song on EP1 is quite old. The oldest being The Realm of Vasterelmn, which is around 21yo...damn! The latest tracks, Dubchauzen and Acidix are still 5yo.

Some fun background here: The Doradus System series is loosely based on a weird sci fi narrative about escaping earth after it was discovered that the Doradus System  was benevolently ruled over by 7 Queens, who sent out an invitation across the galaxy to basically come inhabit the realms. (It actually is a real region in the Milky Way. A dense star forming region with clusters of hundreds of young stars and colorful space dust... it's quite beautiful.) There's a lot more to it. I guess I should write some of it out on the liner notes throughout the next releases. But yeah, I'm beyond excited that the good folks over at Pr0gramma are on board! Such an underrated label, yet I have a good feeling that's gonna change...soon!

‍
Ok listening now to ‘Gentle Galaxies’ and of course am a big fan of the warbled warped and worn sound you got working on this. Can you remember what first drew you into this type of electronic music and the emotional impact it had on you?

That track was written/recorded around 2012-13, and is 1 of around 5 versions. Just the Korg MS20, Korg M1, Peavey Deltafx Twin, Mackie 1202. It's a favorite of mine, as I always find myself coming back to its warmth and weird melodic warbles. As far as what drew me to this type of sound, call it ambient, cosmiche, whatever, it had to have been certain soundtracks/scores, and music beds that would underline scenes in movies...mostly sci fi I guess. Sounds and scores that would invoke more emotions than the actual plot of the film. I have a decent sci fi film score/soundtrack record collection. I recall having a playful obsession with UFO's (I suppose I still do) when younger, and was always curious what the Extraterrestrials were listening to. What music did they make? Of course, I thought it must be synthesizer based, with lots of arpeggios and delays, and huge sweeping analog pads drenched in reverb. Hahaha! You know, space music!

I remember hearing some Tangerine Dream tracks when in grade school as well. Maybe sneaking a listen from a friend's older brother's cassette. They scored this great 80's flick called '3 o'clock High', and in a few scenes they unleash some serious synth scapes. I was always searching for instrumental music. The stuff is perfect for the soundtrack of one's daydreaming and imagination, dream times. But the older I got, I realized this type of music was even better for simply being enveloped in. Having a song, a sound, completely surrounds you, your thoughts drift or become focused, your emotions intensify or ease, and it carries you towards some unknown place...or, simply lets you just be, you fall asleep. 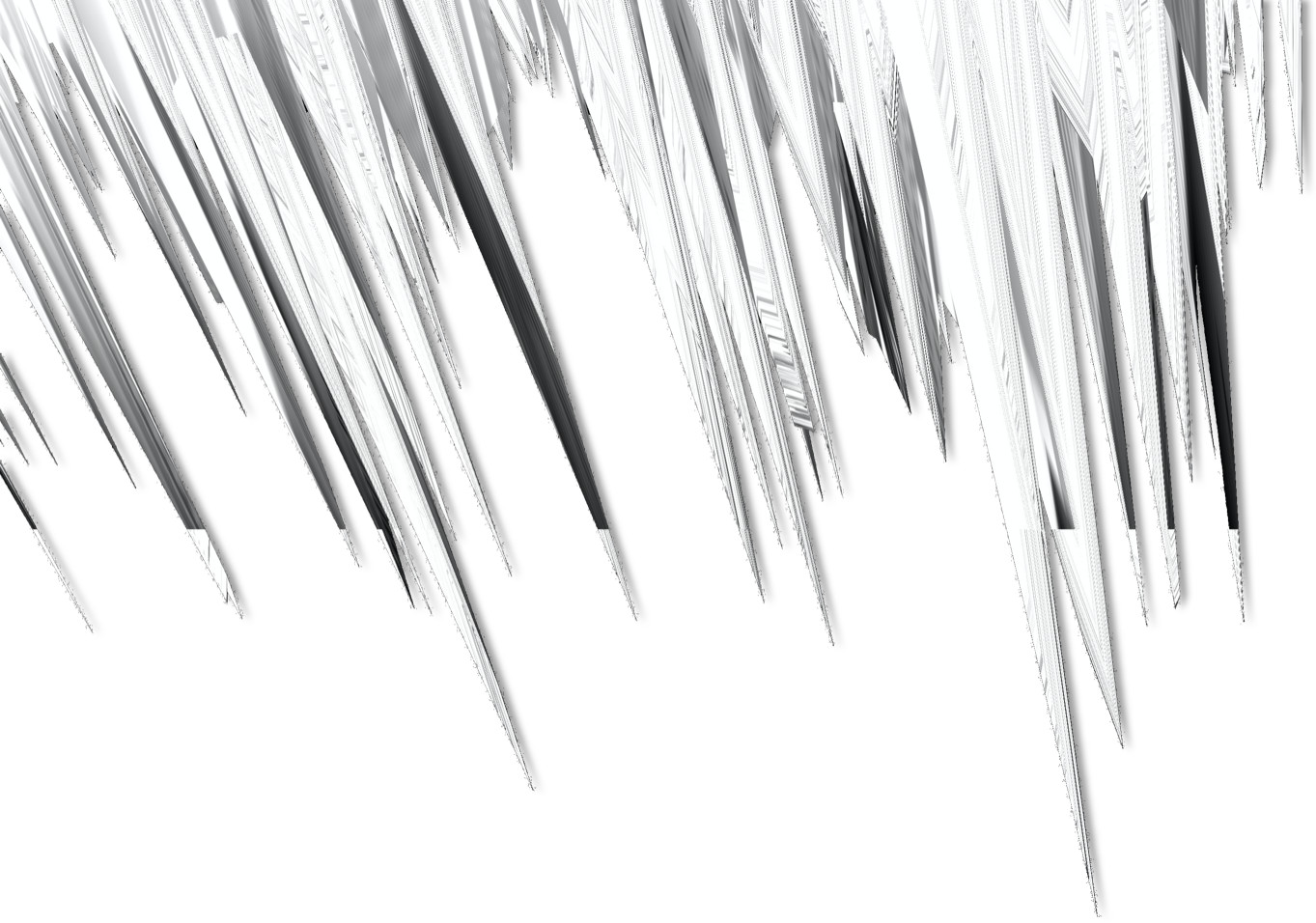 Also is the making of these songs more of a meditative exercise rather than solely a musical one? How much do you end up editing or is it sort of a one pass experience?‍

Yeah, so this segues nicely from the end of my first answer. The way I've been making music is definitely different than a lot of electronic music makers out there. I basically record stereo or multitracks live in an improvised nature. Yes, I program sequencers and drum machines etc, yet the recordings are always live takes. I'll trigger bits here and there, mix on the fly, catch a delay or reverb or filter (my whole mix runs through a matrix of aux sends and returns back into the mixer and gear that accepts external-ins) and just 'play' the gear. Then, I'll listen back to hear what happened. It does become quite meditative when I begin to know the parts better with each take. A flow of sorts starts to unfold, and an idea will grow, solidify or mutate. Eventually, by the end of the session, the last take can sound quite different than the first, though a thread will still be discerned throughout the entire session.

I have yet to do any intricate piano roll style of sequencing or hardcore audio editing...yet. Very little post production happens. Only two songs on EP1 are live multi tracked actually. The rest are stereo recordings, with some straight onto a 16bit Tascam cd burner. I'm not sure if this is a good way to do things, as the limits and lack of fine control of composition and arranging are obvious, but I feel there is something unique in doing music this way. It's extremely immediate. The machines have a lot of agency. Whenever I play live, it's very much how I record in my studio. I'd like to change it up though, and get deeper into some serious arranging and overdubbing.

I've sat in on and collaborated on many sessions with fellow music makers where the majority of it is fucking around with audio edits, painstakingly 'drawing in' sequences and midi info, and it honestly, for me, takes the music making, the 'playing', completely out of the experience. Sure, the outcome will be phenomenal, and the music is incredible, but it wasn't very fun. So for right now, I still really enjoy my method, especially when I feel like I'm channeling whatever is coming through. Feels more like a man machine moment.
‍

‍The Realms of Vastrelmn; is a pretty serious ear wormhole of a track..digging the dark bleakness of it. But at the same time it’s such a contrast to "Acidix". Was that the intention from the get go to mix the ambient with the more crazy ass acid tracks? Or did it come together after you had a bunch of finished tunes that would work together on one record and showcase your diversity?‍

The original edit of that track is around 12 minutes long, and I felt the intro of it would be a great intro to the series. It was added only a few days before the release date! I'll probably release the full length as a freebie on my Bandcamp site. But yeah, it's kind of both. Intentional and coming together at the same time. I've pondered over the minutiae of so many releases for too long, to the point where nothing gets released. When Pr0gramma became interested I simply started to focus more and stopped overthinking. So far, it's coming together quite nicely, flowing. I want to let my older songs see/hear the light of day, and showcase newer ones with each EP. Each EP will have ambient/cosmiche feels and techno or other more beat and percussive tracks as well. Believe it or not, there is a narrative being woven throughout the series, musically speaking. You wouldn't necessarily know which songs are new or old unless I mention it, which is something I like. 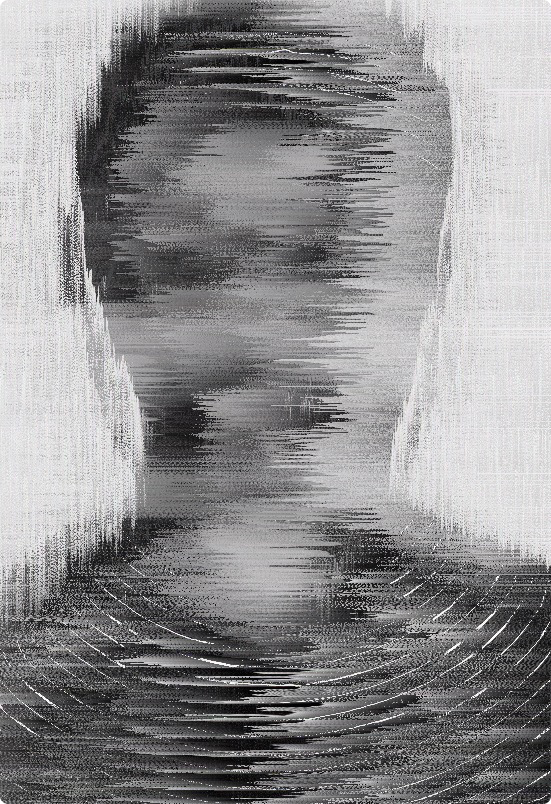 Let's talk acid. I've known you for a long time and you’ve always had a deep immersion into acid and minimal electro. I def hear Richard floating around in here but who else influenced you along the way?‍

Acid has always been a favorite of mine before I even knew it was called acid. Some great audio (and psychedelic) experiences raving in the early to mid 90's acid techno electro in the northwest! Hearing those early Joyrex eps was a revelation as to what was considered not only innovative in techno, but also what could be released. Rich and Drexicya, and of course Kraftwerk, have been a part of my audio diet for decades. I first heard Kraftwerk's Computer World back in 81 when it was released. I was 6yo and instantly transfixed. Crucial breakdance and parachute pants music.

Another influence has to be Severed Heads, especially their early recordings, Since the Accident and City Slab Horror. I bought an extended cassette of Since the Accident around 1989 at this amazing record shop in Niagara Falls, Canada called Pop Tones. The cassette had most of their Blubberknife ep on it. Insane stuff. Tape loops, analog gear, weird vocals and rhythms. Definitely roots bloody roots for me. Early Simple Minds recordings were also in heavy rotation. Their records from 79-83 had these amazing instrumental cuts on them. Really lush beautiful stuff. Their 12" of 'Up on the Catwalk' has this B-side called 'A Brass Band in African Chimes' which I would play at 33rpm. Years later I heard some Boards of Canada tracks and instantly thought of that particular song. It's totally proto BoC!

There’s an amazing amount of analog girth within these walls…any (non) secret weapons you’re using these days you’d like to share about making these tracks?

‍Hahaha, indeed, the original Korg MS20 with the better filter is a beast. Kit wise, people might be surprised I use a Korg M1,which was my first real synth, after an old band mate of mine absconded with our Roland Juno 60! My kit is very austere...not by choice....well, maybe by choice. The songs on EP1 were made with: Korg M1, Korg MS20, Peavey Deltafex Twin Stereo FX unit (digital unit with analog controls no midi), Mackie 1202 and 1604, Korg Er1, Korg Monologue, Elektron Analog 4, Volca Keys and Beats, Tascam cd recorder, 2011 iMac. Obviously not all on each track. There's not much gear per track to be honest.
‍
What other projects have you been doing these days? You must have a serious back LOG of music..what else is on the horizon for your stuff?‍‍

Well, you and I are resurrecting our Flameout project, so there's that. I hope we stick with it. What would you even call the style/genre of music we do? Soundtracks for hidden sci-fi? Anyways, the world's ears need a nice dose of the sonics we provide. My back LOG is insane, which is why I'm so excited about Pr0gramma's interest in releasing the series.

‍Oh man, this is the hardest question in the bunch! How could one ever choose? How could we know? I guess I'll go with Florian, since Hutter hasn't released anything new, yet he could! RIP Florian!

Links:
InstagramBandcamp
Jared Blum is a multi genre composer who is co-founder of the sound collage label GiganteSound and has recorded under the monikers Blanketship, Beaks Plinth, Vulcanus 68 and is currently making music as Talking Book, Vision Heat and Kagami. He has known Scott for over 20 years and collaborated with him on 2012’s Flameout.